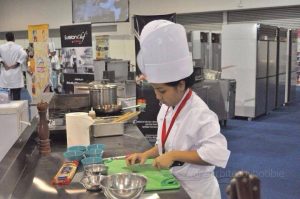 Born and raised in Manila, Bobbie is a certified professional foodie. She is now based in Sydney, Australia, pursuing a career in Pastry Arts. She is a Chef Technologist by profession and founded The Royal Chimney Cakes and Pastries Cafe. She earned a Bachelor’s Degree in Food Technology and took up courses in the Culinary Arts and Baking and Patisserie. Her background includes a job in the Research and Development Department of a gourmet Food and Beverage Company, chef’s assistant at a 5-star hotel, an apprentice at an Asian restaurant, a cold-kitchen chef at a cafe, a chef college instructor for Nutrition & Dietetics students at a university, and a Pastry Chef in an Italian Fine Dining. Being in the kitchen for more than 12 hours a day is a taxing job, so she found stress-relief in the art of baking. Baking is a very lucrative skill as a hobby and so she decided to put up a business out of it. Check out Bobbie’s baking business page here. 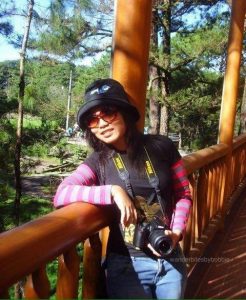 Bobbie started traveling at a young age tagging along side her Mom’s business trips. She has the passion to explore  new cultures, cuisines, and languages. Fueled by her soulful travel experiences locally and overseas, she loves to create travel itineraries for her friends and family. She loves backpacking and island hopping. She firmly believes that the best stories are written in between the pages of a passport and that not all who wander are lost.

Bobbie started photography in 2006. Her first camera was a Samsung i6 Digital Point and Shoot. She loved taking photos of food, and since then she grew a relationship with Food Photography. She learned through several photographers and enjoyed Photo Walks as a hobby. Currently, she uses a Nikon D5000 DSLR for food styling photographs. Most of her photos are travel and food related and she loves to add natural vibrance and colors in her works.

On Being a Korean Drama Fan 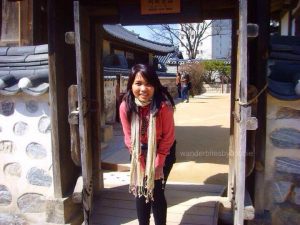 It was in her second year as a college student when Bobbie first started watching Korean Dramas. Her first series was Princess Hours (Goong)  starring Ju Ji Hoon and Yoon Eun Hye which aired in 2005. She found Korean Dramas thrilling and fascinating, so she shifted from genre to genre, trying to learn more about the culture. As her interest in Korean Dramas grew, she started exploring Korean Cuisine and the Korean Language itself. She joined Korean Clubs at school and online Korean Communities where she gained Korean friends. She then traveled to South Korea and experienced the culture first hand. Korean Language started to become her third language, next to Filipino and English though it is still a work in progress. You will find more about Bobbie’s Korean escapades at the K-Corner section of her blog.