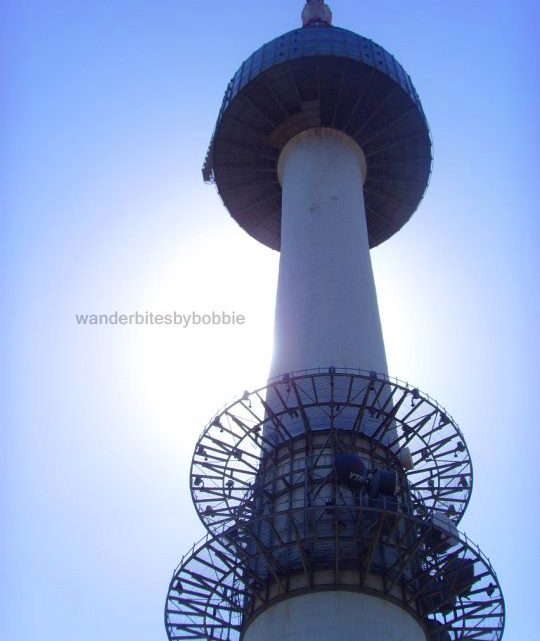 When Mom surprised me about the news that we’re traveling to Korea, all I ever wanted was to see Ju Ji Hoon (that tall cute guy who acted as the prince in the Korean drama, Princess Hours). We spent our last days in the ever beautiful city of Seoul and I’ve been searching for a whole lot of stuff to take back home including a spare battery for my Samsung Digital Camera which fell on the snow during the previous days so it drained in just a matter of fifteen photos. 🙁 Thankfully, I still had a camera phone with me so it covered most of our Seoul wanders. Oh! And the entirety of Seoul has free wifi, so after I took some shots, I already uploaded them automatically to save some storage memory (save for other cool Korean stuff, not for an extra memory card). Let’s proceed to our final leg of our Korea Tour, shall we?

How could I ever forget that emotional moment in Cheonggyecheon Stream. That was the time when Mom and I were trying to absorb everything that was happening around us since our flight back to Manila was drawing so near. Our tour guide even gave me a hug (yeah, we became a little close being the only Korean-speaking-Filipino in the group) and said, “Contact me when you come back.” It was at that instant when I told myself, I am definitely coming back.

With Julie, our tour guide

After a slice of history of the beginnings of Cheonggyecheon Stream, it was a little hike up the N Seoul Tower in Namsan. I’ve never been so star-struck before, though I never saw the actual “stars” in my beloved Korean dramas, I finally got face to face with Seoul Tower. 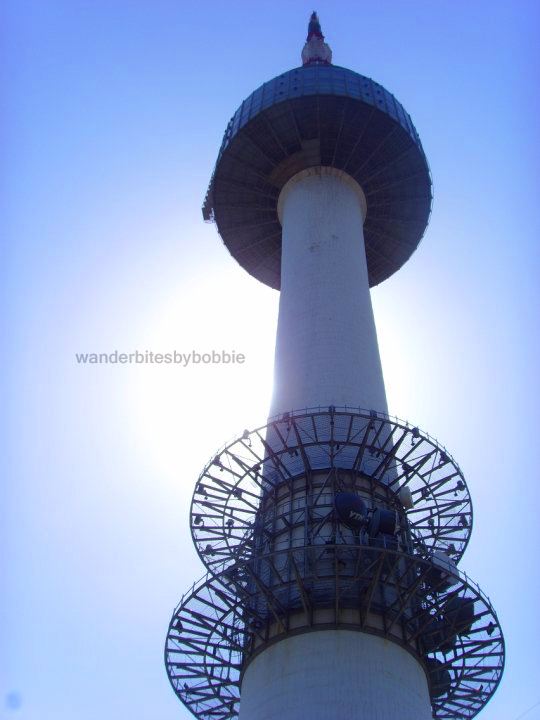 The tower, from my point of view

During the little hike, I stopped at every possible scenery to take a photo with it, realizing that these were all the only things that I could actually keep until I get old. TRAVEL MEMORIES. 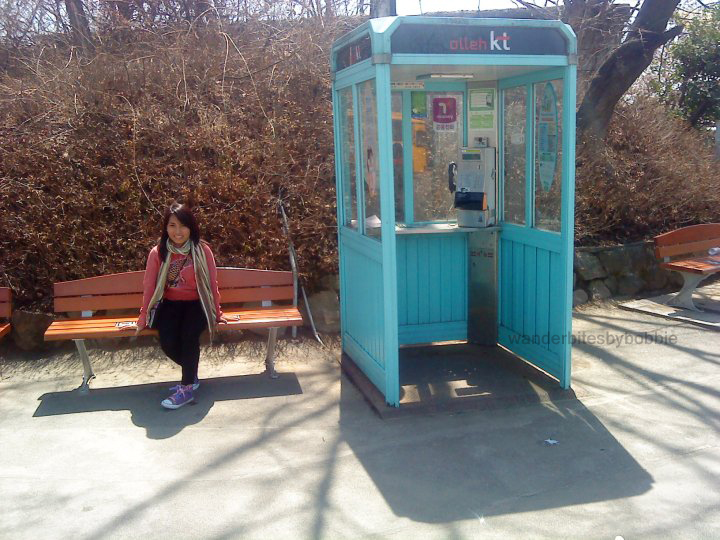 Stopping by a telephone booth on our way up. 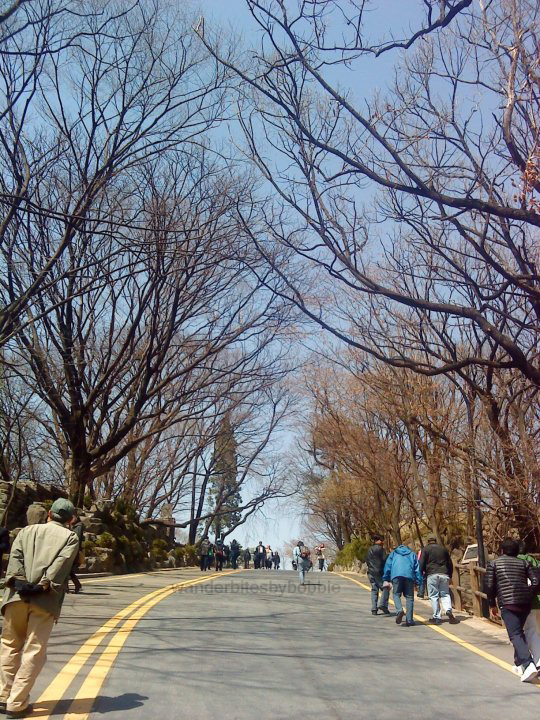 Our little winter hike with fellow tourist trying to reach the tower.

As we reached the entrance of N Seoul Tower, I grabbed a telescope which were readily available upon entrance. I pointed it to where home was. 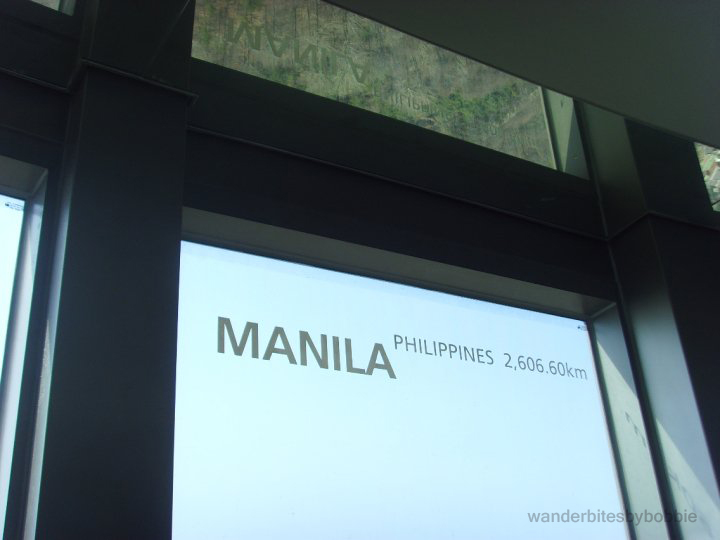 It says Manila, and at that time I wasn’t sure if it was Manila I was seeing. LOL 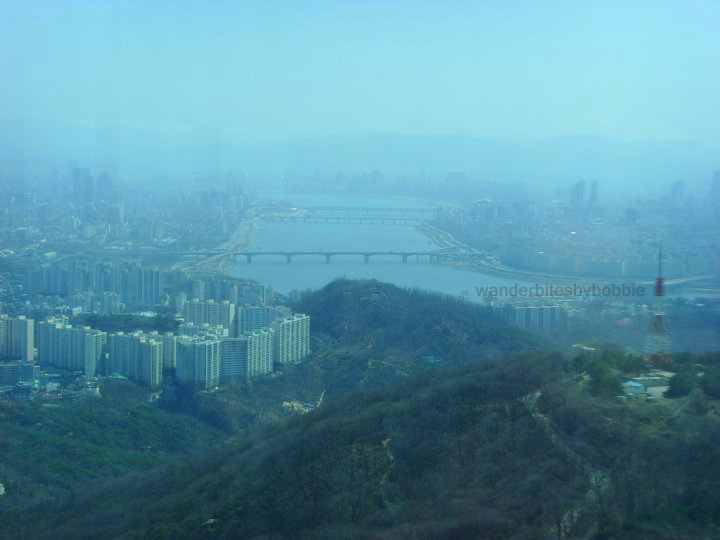 A view of Seoul from the N Seoul Tower

What really became my highlight at the N Seoul Tower was the Teddy Bear Museum. I am not really a fan of Teddy Bears even as a kid, but I know the meaning of amusement when I encounter one.

BEARS FROM THE TEDDY BEAR MUSEUM. They used these in Princess Hours. Gaaaaahhhhhhhhh!!! Thrills!!!

So that was the closest I got to my precious Princess Hours cast. Prince Shin and Princess Chaekyung in bear forms! LOL

Remembering that day at the Teddy Bear Museum excites me a lot even as I write this post. Could you imagine how amused I was when I saw the bears which they actually used in Princess Hours? All I ever thought that time as a huge fan of the Korean drama was… “I could practically die now.” Hahahaha. 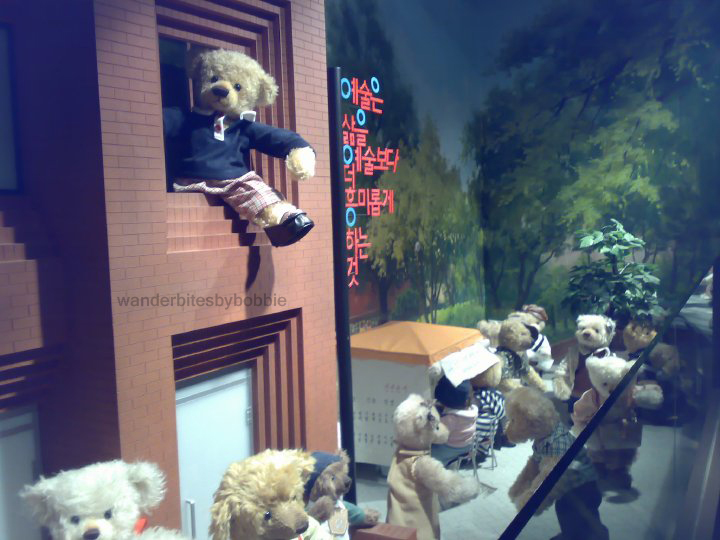 School Bears (they were moving!) 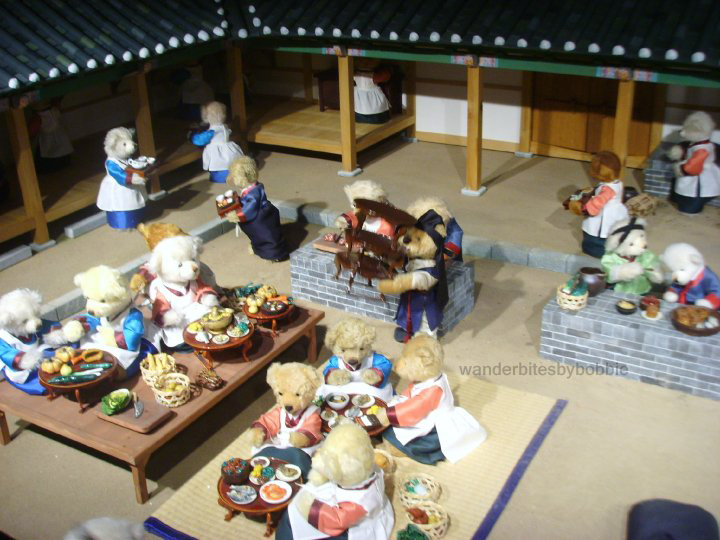 Palace bears which were actually taller than me!

So I completely forgot about how we were leaving Korea in a few days. I just kept telling myself that I’ll probably just take a chance of coming back sooner or later.

After what I thought was the highlight of the whole N Seoul Tower trip, I went out to breathe some fresh air. All those cute teddy bears, big and small, were overwhelming alright! I instantly became a fan (just of teddy bears in clothes).What surprised me was not the height of the tower from the outside but this…

Love locks, like the ones they have in Paris.

A love lock wall melted my emotional moment. Awwww… I saw this in a handful of the dramas that I’ve been watching. There they were right in front of me. I didn’t have someone to “love-lock” with at that time, so all I could ever do was strike a pose. LOL.

After a few stops at Namsan, we finally had our lunch. We had Samgyetang at an authentic Korean restaurant just a few meters away from the tower. 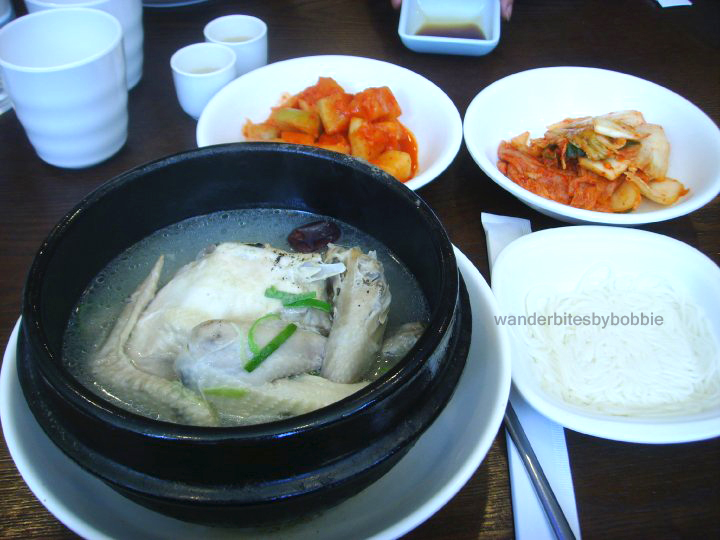 Samgyetang – one whole chicken in ginseng broth with rice in it, coupled with dates and spring onions.

That was my first time to eat Samgyetang, and of course let’s not forget the kimchi and the rest of the pickled vegetables on the side.

After our sumptuous lunch, we headed out to Hanok Village where I learned so much about Korea’s history and culture. It was blocked up with houses which dated way way back in the Joseon Era. It was sentimental, and people strolled quietly as the village was well, preserved as an actual village where villagers literally reside. 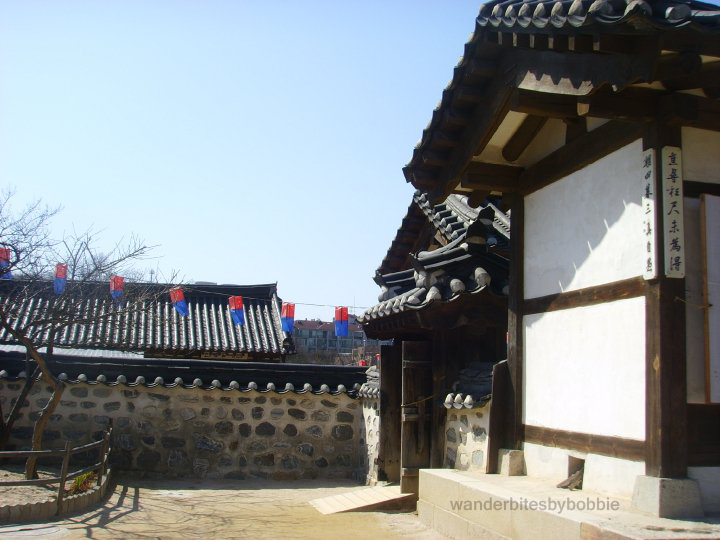 One of the many corners of Hanok Village

I suppose Hanok Village will never feel too crowded as there were so many corners left and right. 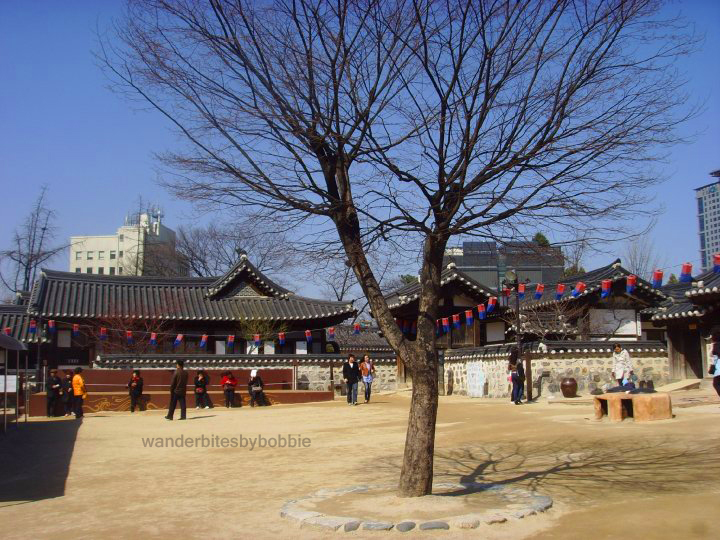 Walking with locals and tourists, combined.

I fell in love with Seoul the first time I set foot into it, and I could say that I probably left a piece of me there. Seoul is a great place for soul-searching, or much as others would say, Seoul-searching. Hanok Village was our last stop into our tour. Our last day was just a quick last-minute shopping at Incheon before we headed back to the airport.

I experienced a whole lot of “firsts” in Korea. It was ultimately one-of-a-kind. I never felt too much happiness in my heart compared to our other overseas travels.

All I can say is…

I love you Seoul (and the places in between)! If given another chance, I would definitely come back!

Explore Korea (Part 2): Kimchi, Ligers, and The Road To Everland 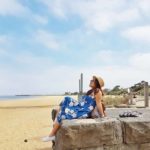 REST IF YOU MUST: Chronicles of an Exhausted Working Student

REAL TALK: Things That WOULD Happen When You Decide To Move Abroad Alone